Reflections on 30 Years in Business: The Day I Met Herman Russell 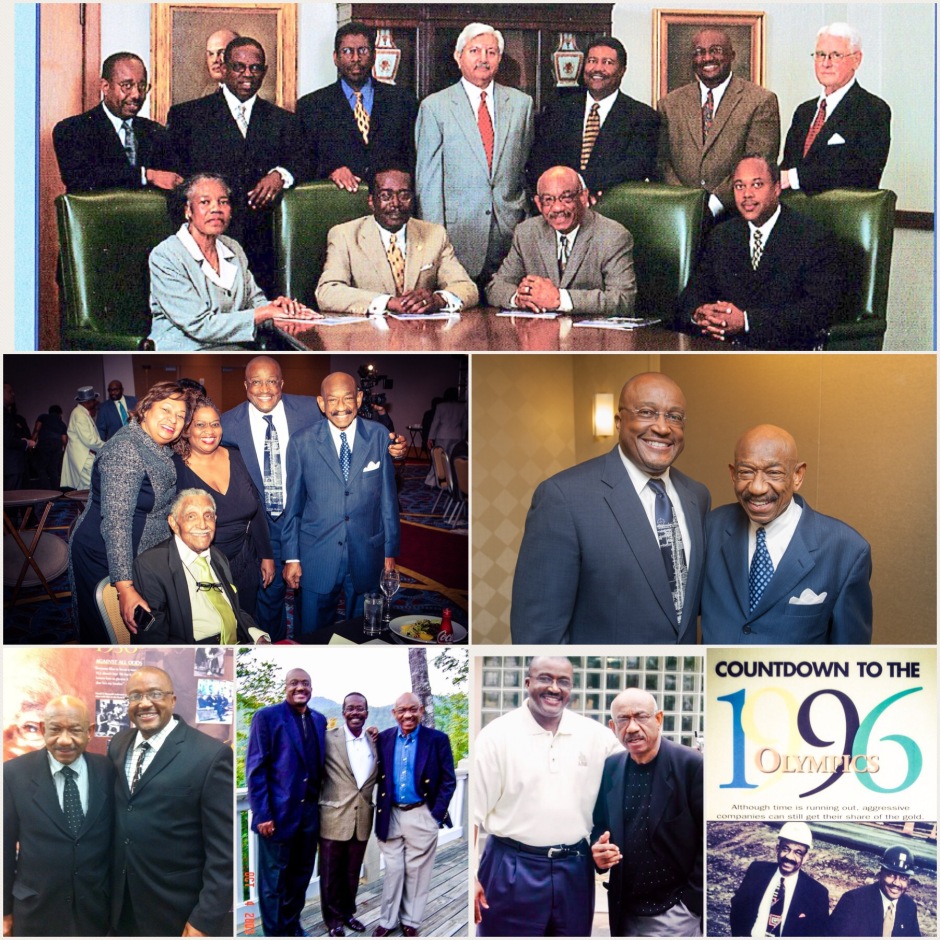 It was a hot evening in August 1974, and we had just finished two-a-days at football practice at Morehouse College.
I was a freshman from Ann Arbor, Michigan. A teammate from Atlanta asked me to go with him to a friend’s house. I said “Sure,” and we drove off on our quick journey from the campus. We drove up the driveway and I knew I was not at just anybody’s house.
It was the home of H. J. Russell.
I remember meeting him and realizing this man was not your average successful businessman. His house had an indoor pool. He walked like his feet never actually touched the ground. He was magical to me.
I remember admiring him and realizing I had just met a man that was part of history. I thought I would never be in his world. I was only 18 years old and being in his world one day was just too far-fetched for me to comprehend.
Three years later in May 1977, my roommate Alan Peterson and I were looking for an apartment. We found a townhouse for $240 per month in a nice apartment complex called Dogwood II close to what was then called Bankhead Highway.
We signed the lease and got our keys. While moving in, I saw someone who looked familiar. It was H. J. Russell. Guess what?  He owned the development, and now I was one of his tenants!
That summer, I was a MARTA (Metro Atlanta Rapid Transit Authority) bus driver making $5.40 per hour and living like a king in Dogwood II.
Fast forward a year. I graduated from Morehouse in 1978, then from Howard University in 1981 with a degree in architecture. I remember calling down to H.J. Russell Construction and asked if they were hiring. They said no; my heart was broken. So I took a job as an architect with Bechtel Power in Michigan.
In 1983, I moved back to Atlanta with Karla Knox, my new bride. After working for a few small companies, I formed CD Moody Construction in 1988.
By 1992, the construction team of Beers, Russell, Moody had been selected to build the Olympic Stadium, and I am doing a photoshoot with Mr. Russell himself.  Eighteen years after meeting him as a college freshman, I was now his business partner. I was still in disbelief that this was real.
I was fortunate enough to spend the next 22 years learning from him, and enjoying his wisdom and stories. I could always make him laugh, something he enjoyed doing.
Over the years, we worked together on numerous construction and philanthropic projects. We both served on the Citizens Trust Bank board together. He was the chairman of the board and the largest shareholder. I become a board member as well as the bank’s fourth-largest shareholder.
I often think back to 1974 and being in awe of HJ, then eventually becoming his friend and partner.
There was an especially meaningful moment.  I realized I was a true friend was when I was asked to be one of the pallbearers at his wife’s funeral. I was honored to be asked to help carry “Ms. OT,” as she was known to me, to her final resting place.
Until now, no one knew I still have the white gloves they gave the pallbearers. I kept those gloves to remind myself that we never know the journey we will take in life, and that Mr. Russell respected me as a man, business partner and friend.
In my book are many stories like this as well as my journey in life and business. Buy it on Amazon in paperback or on Kindle. You can also purchase autographed copies here from Moodyspeaks.com

Wearing A Mask That My Childhood Trauma Didn’t Bother Me

This message is for anyone that feels like they are overwhelmed with living with anxiety, PTSD and panic attacks. Finding and...
Read More
4 comments

A New Level of Love

Eight weeks ago I became a grandfather for the first time. Being a husband and father I have been blessed to...
Read More
0 comments

Looking back the toughest part of entrepreneurship for me, was not making payroll or surviving in business or healing from a...
Read More
2 comments

Countdown to 39 years of marriage: story #1

She is a Gladiator

In 22 days we will celebrate 39 years of marriage. This picture was taken 3 months before everything changed in our...
Read More
4 comments

Reflection of 30 Years in Business: The day I turned down MJ

Reflections of 30 Years in Business: From Being a Broken Man to Meeting Presidents